Emulate a Raspberry Pi on your Mac

I've paused my work on Filament for a while to go back and do some more research into low level graphics for IdealOS. As part of that I wanted to emulate a Raspberry Pi on my Mac. The short version is: yes it can be done but it's useless for graphics.

The RaspberryPi is an ARM computer and most Macs (until a few months ago) are X86. That means I need an emulator, not just an OS conatiner wrapper like Docker. Fortunately the open source emulation tool QEMU is up to the task.

Following the instructions here, I was able to download and run QEMU on my Mac. The two scripts in this repo get the job done reliably. ./install.sh willl download QEMU, a Raspbian distro, and all of the required deps. Then ./run.sh will run it as a headless instance, giving me a bash shell into a virtual Pi. So far so good. But of course I want graphics.

I tried running the example command line graphics programs in /vc/opt but they wouldn't work, complaining that it can't access the vchiq. But I could have *sworn* I'd seen QEMU running a Raspbian desktop. How did they do it?

These instructions won't give me any graphics because it's using the 'lite' version of Raspbian which doesn't include a desktop and X11. So I modified the scripts to use raspbian-buster instead of raspbian-buster-lite, turn off the headless option, then ran the entire process again. (patches below). Then I was able to get X to boot: 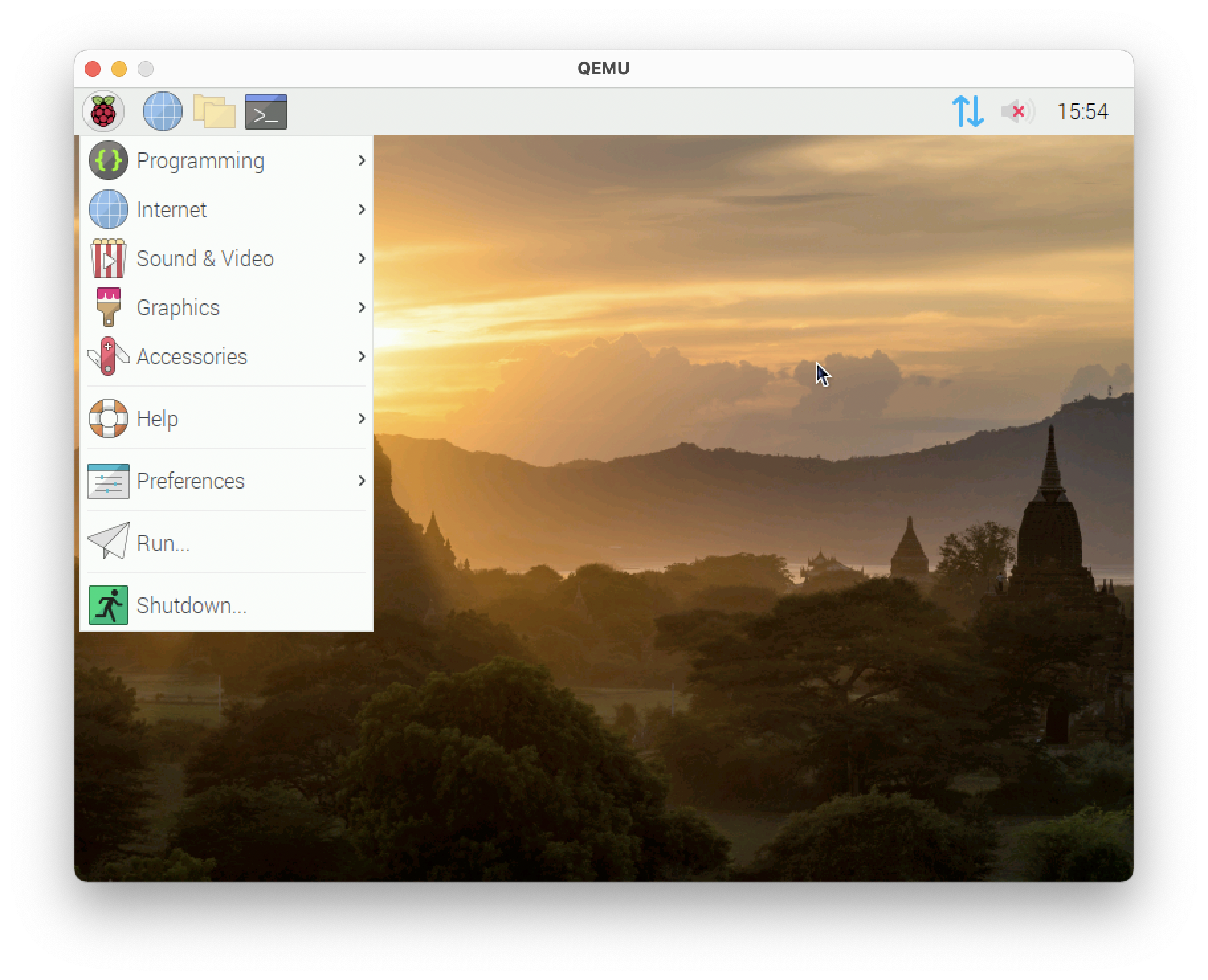 So what's the deal? Why can X run but not the opengl samples?

After further research I've determined that QEMU emulates the main ARM CPU, but *not* the custom graphics chip in the Pi. That means I'll never get the hardware acceleration I need for testing IdealOS. X works because it's using the standard linux framebuffer, which is a minimal graphics structure in main memory that does no acceleration. Essentially it's just drawing into a chunk of memory and handing it to QEMU to draw to the real screen. This also explains why X under QEMU is *sooo slow*. Looks like I'll need a real Raspberry Pi for my experiments.